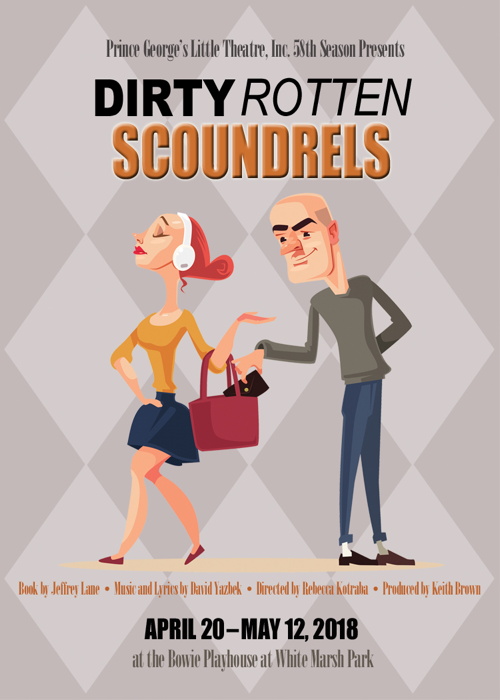 In the 18th century, a grifter named Samuel Thompson tried to swindle people out of their money and watches by attempting to gain their confidence. Though in the end he was not highly successful, the New York Herald publicized the story, dubbing him the “Confidence Man.” The term took off and was eventually shortened to simply – “con man.” In 1988,

Tis the season for businesses to capitalize on the holiday season, and the business of show is no exception. Local theatre listings for December are replete with Dickensian tales, miracles on some street or another, and Red Ryder BB guns. And then there are the companies that stage a piece that is a “holiday show” only insofar as it takes place on or around Christmas, thereby giving them an excuse to deck the set with boughs of holly and play carols in the lobby. 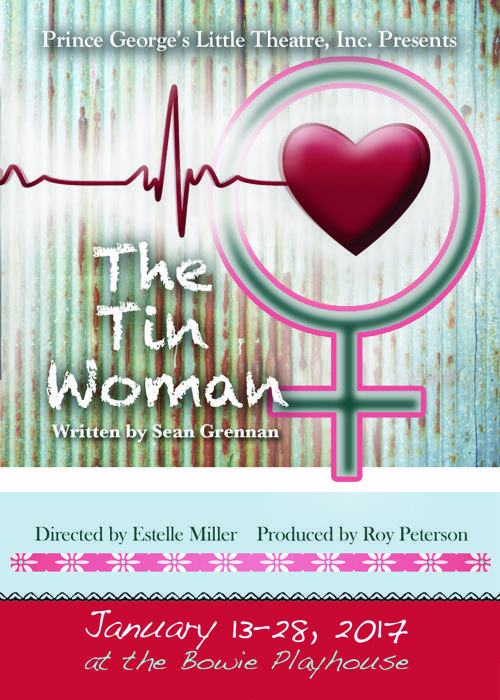 Live your life. We never know when it will stop. A fatal disease, a catastrophic accident, none of us know when life will stop. What if you had resigned your fate to life ending? What if you had accepted the fact that you were terminal when suddenly an organ became available to save your life? Would you want to know where it came from? Would you want to know whose heart was beating inside your chest? 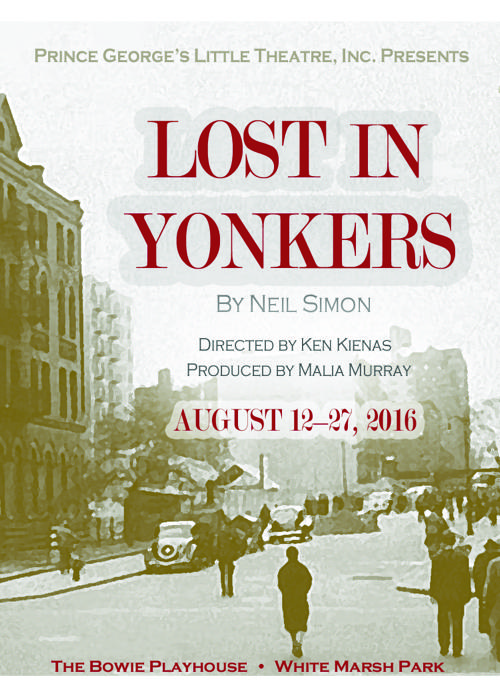 The only place in the world where you can truly feel safe is with family. Especially when your family puts the ‘fun’ in dysfunctional as the Kurnitz family does in the classic Neil Simon, Lost in Yonkers, now appearing at Bowie’s playhouse in the woods to start off the 2016/2017 season for Prince George’s Little Theatre. Directed by Ken Kienas, this touching family dramedy tugs at the heartstrings as two teenage boys find themselves unexpected living with their extremely rigid and strictly traditional German grandmother out in Yonkers, 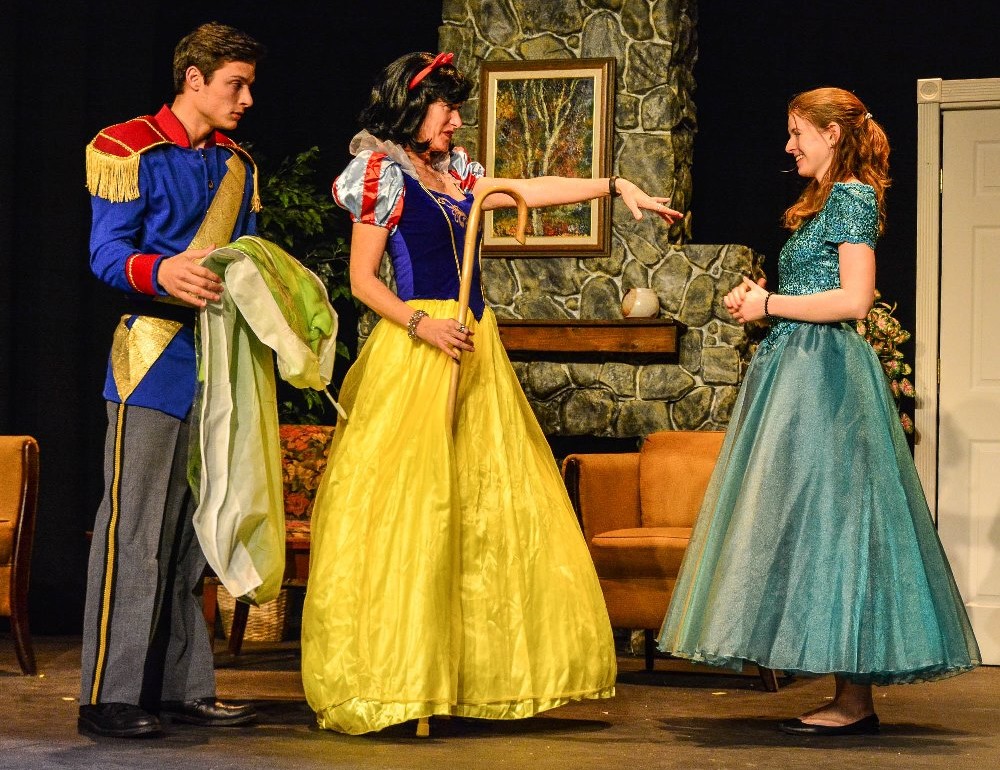 Beware of Hootie Pie! Or perhaps just of being a wild turkey. Of waiting too long for the blue heron? Or perhaps just beware of missing a bizarre new comedy making its community area debut at Prince George’s Little Theatre this January. Brush up on your Chekhov before you go to see Vanya and Sonia and Masha and Spike for a titular and humorous evening; there is a good time of reflective musings and amusing reflections to be had even if you aren’t well-versed with the depressing antics of The Cherry Orchard, 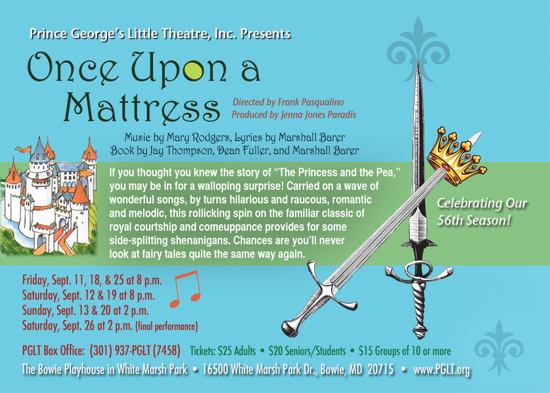 Hear ye! Hear ye! The royal proclamation has been set down by Prince George, and his little theatre, that those interested in a most fanciful retelling of a treasured fairytale find their way by foot, horse, hired carriage, fairy godmother, and any other means necessary to the quaint little playhouse in the woods and witness the whimsically enchanting production of Once Upon a Mattress, being performed by the aforementioned Prince George’s Little Theatre. 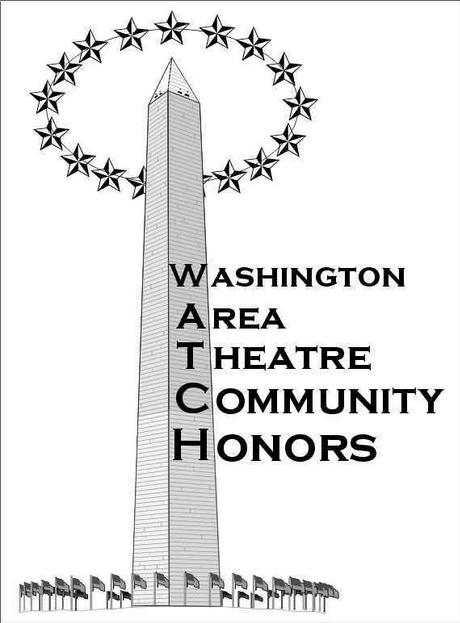 It’s that time of year, folks! The Washington Area Theatre Community Honors have come around again to honor all of the truly exceptional theatre being performed in community venues across the Washington DC and surrounding metropolitan area. The 2014 award nominations were presented live this evening at The Birchmere in Alexandria, VA.

There were 111 different productions– 34 musicals and 77 plays– adjudicated over in the 2014 theatrical season. 31 community theatre companies participated in WATCH adjudication in 2014.

The pure science of criminology will bring about the truth of the matter in this delicate situation: Prince George’s Little Theatre has filled their stage with disastrously hilarious mayhem by mounting A Shot in the Dark. Directed by Keith Brown, this dated whodunit mystery is receiving a refreshing makeover upon the PGLT stage this winter season. An honest hoot, this murderous marvel is packed full of laughter, surprise, and a rousing good time for all. 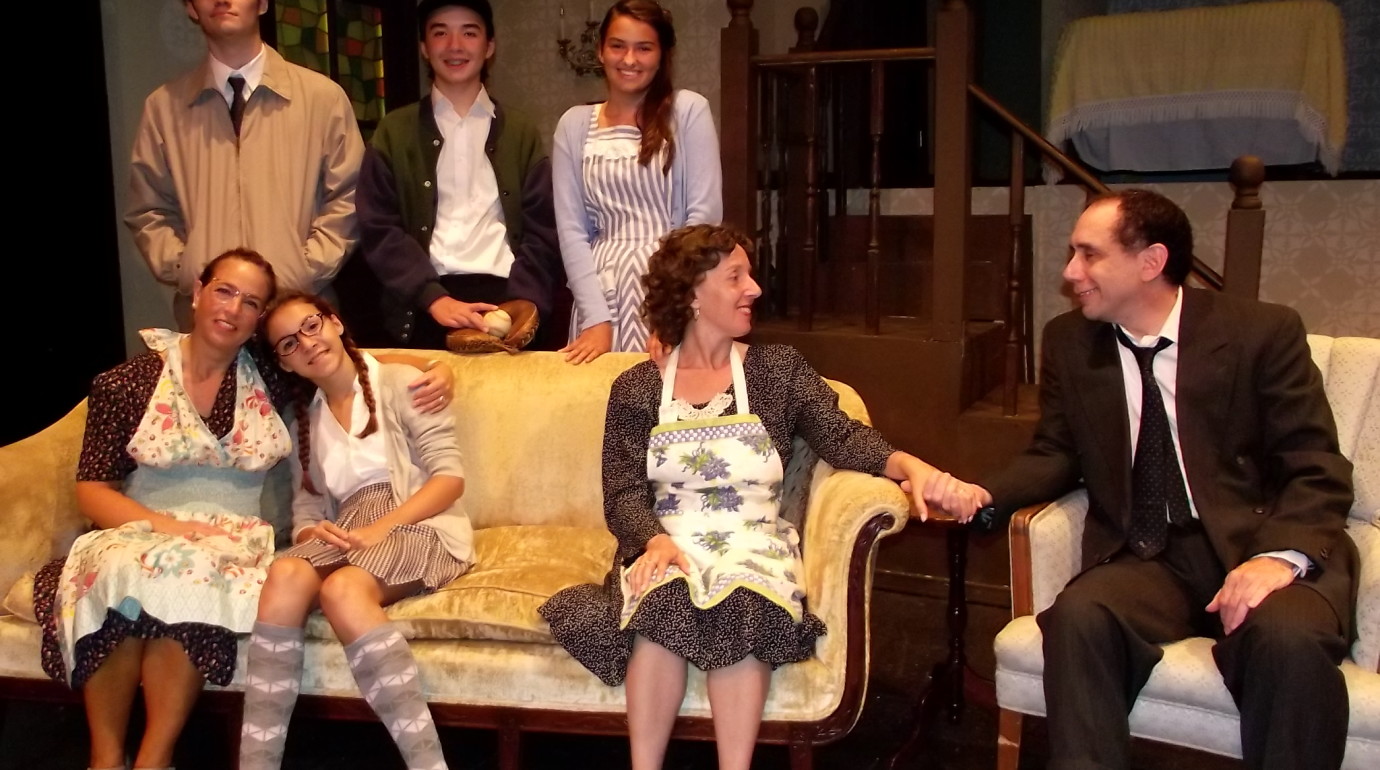 Advice is free. If it doesn’t fit you can always return it. And just like any shopping endeavor, good advice is often hard to find. Prince George’s Little Theatre is a great place to go looking for it in their production of Brighton Beach Memoirs, the first of three shows in the 55th season. A poignantly witty, well received , emotionally touching comedy, the family featured in the Neil Simon classic puts the ‘fun’ in dysfunctional.