What else could you possibly need to know about the facts of Chad Deity?

We all have a different perception of what real beauty is. We all have our reasons to be pretty; there are people we make ourselves pretty for; there are people who we let define where we fall on the scale of ugly to pretty. But beauty has its price, just like ugly does, and it’s a steep price to pay regardless of which side you’re on. Neil LaBute’s Reasons to be Pretty explores this dark and dangerous notion of external beauty through heavy humor and deeply dramatic twists in the way only a Neil LaBute play can.

Let me tell you a story.  You’ll have to listen well since the cicadas and crickets have devious plots.  Plots as thick and syrupy as Cassius’ (Utkarsh Rajawat) to slide vengeance into the noble heart of Brutus (Shannon Ziegler) under the guise of freedom.  Baltimore Shakespeare Factory’s production of Julius Caesar is like a story told with a group of friends and family: a campfire tale told in a semi-circle of Tikki torches in the swirling beauty on the ground of the Evergreen Museum and Library.

The truth of gender; the myth of gender. It’s small to hear but large to know and even larger to understand, respect, and accept. Appearing as a part of the Trans* Voices Workshop Series, Cohesion Theatre Company presents Aphorisms on Gender, a world premiere by Alice Stanley. Co-Directed by Caitlin Carbone and Melanie Glickman, this poignant one-act play addresses a great number of issues regarding the big and small truths of gender identity, 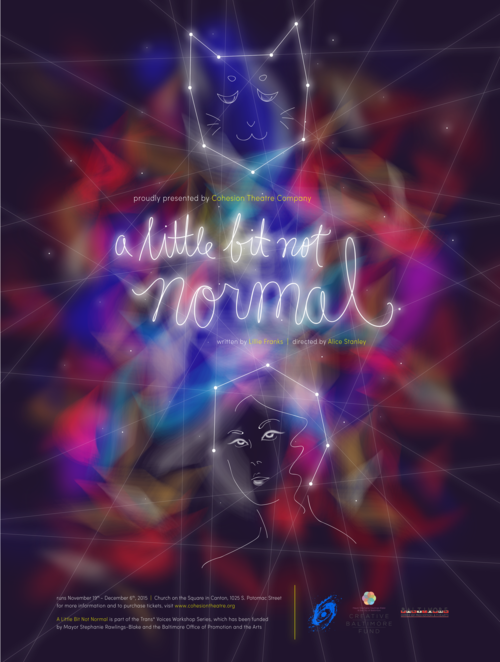 Some experiences are compatible and others aren’t. In a world where normal is an everyday struggle for the average human being because the notion of normative social constructs no longer fit the individuality of our personal identities, an experience such as relating a gender identification to a family member can be somewhat of a beautiful catastrophe. Cohesion Theatre Company proudly presents the world premiere of A Little Bit Not Normal. Written by Lillie Franks and Directed by Alice Stanley, 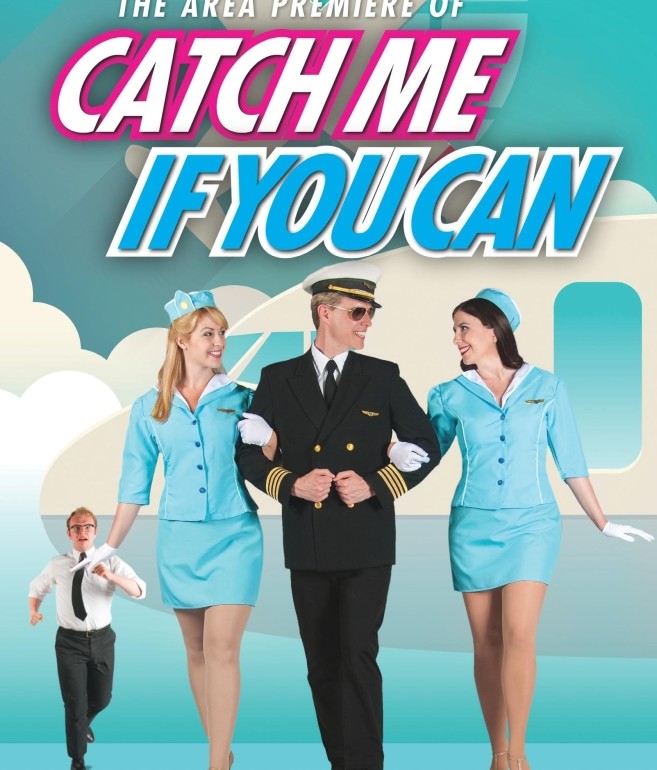 People only know what you tell them. And this person is telling you that the best musical experience you’re going to have this summer is at the Annapolis Summer Garden Theatre. Directed by Mark Briner with Musical Direction by Julie Ann Hawk, the area premier of Broadway’s Catch Me If You Can is live in living color under the stars for a limited engagement and it is nothing short of a stupendous dance-musical sensation.