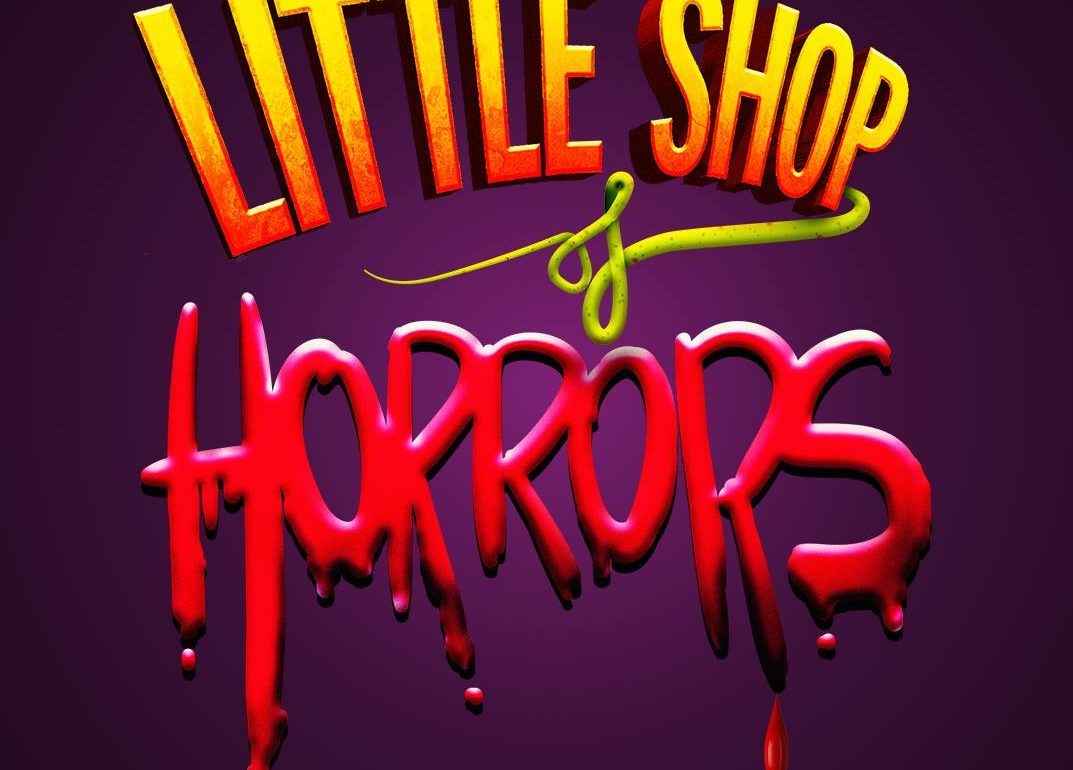 You better— tellin’ you, you better— tell your mama! Something’s gonna get her! You better— everybody better— be aware! Something’s gonna get ya! Look out. Look Out! LOOKOUT! It’s Little Shop of Horrors! At Purple Light! Purple Light Theatre Company! Don’t wait— dates are gonna pass you— right by— don’t let this show pass you— right by! It’s Little Shop of Horrors— it’s one-weekend-o-o-only-y-y! You won’t want to m-i-ii-s-s-s it! Directed and Choreographed by Artistic Founding Director Tommy Malek with Musical Direction by Nathan Scavilla, this absurd genre-crossing cult-classic musical is getting a new spin with sincere talent, honest storytelling, and a plant like you’ve never seen!

Despite it’s cult-classic popularity, Director Tommy Malek is taking a sincere approach to the story. There is still fun to be had— the iconic musical numbers and quirky characters alone are enough to ensure this of the production— but Malek’s vision for the production comes from a place of honesty rather than buying into the campy nature that so often accompanies the show. Maintaining the traditional framework for the show’s setting, Costume Manager Clare Kneebone, working with Malek’s locally-recognized wig wonders, outfits the show with a flair for its era. The skirts and pedal pusher pants seen on the Skid Row Urchins are just the start of Kneebone’s aesthetical magic. Giving Seymour the classic nerdy-but-loveable treatment, and Mushnik a frumpy sweater vest, Kneebone’s sartorial selection really flourishes when it comes to the Audrey character; her leopard over-cloak and waist-belt accessory fit the character sublimely.

Working in the BBOX, Malek informs the scenery by erring on the side of minimalism. A simple door frame, two shelves, and a counter as well as two Skid Row low-brick “bum-hanging” walls are all that’s necessary for the audiences’ imaginations to connect-the-dots and fill in the locale when it comes to Skid Row. Malek’s use of minimalism serves scenic changes with swift intent, keeping the show’s pacing clipping along at a well-balanced speed. Delineation of the space falls into the subtle design work of Lighting Tag-Team artists Elizabeth and Andrew Worthington. The sibling duo sets about to make their illuminating plots unobtrusive, incorporating special effects only when absolutely necessary in a manner that enhances rather than distracts and detracts from the action on the stage. This is most notable during the “Da-Doo” number when Seymour mentions the “total eclipse of the sun.” Worthington and Worthington should also be praised for their clear cut usage of focused blocking with the lights. This tactic enables scenes to be pulled with clarity inside and outside of Mushnik’s shop, without relying on a great shift in scenery or personage.

The show’s iconic tagline: “Don’t feed the plants” clearly one that Malek and the creative team disregarded entirely for this production, and rightfully so. Taking a unique— and unspeakably unusual— approach to Audrey II (sung by Brian Paul), there is a level of creativity happening here that defies description. The overall effect, which to spare spoiling the cleverness and overall impressiveness of the surprise simply cannot be mentioned here, is quite striking as it aligns with Malek’s overall interpretation of what’s happening in the underlying story of the show. What is it that Audrey says— if she gets fed to the plant, in a sense, she’ll be the plant? It’s a new spin on Audrey II, for sure, and one well worth praising, in as vaguely as one can praise such a thing without spoiling it.

Keeping with the doo-wop feeling of the show, Malek’s choreography reflects that style of dance, but readily in the vein of simplicity. The Skid Row Urchins— Renata Hammond, Monica Albizo, and Elena Avery Gage as Crystal, Ronnette, and Chiffon respectively— carry the majority of the dance moves in this production, all of which feature little step-kicks, quick slide-shuffles, and micro hip-pops in the style of doo-wop. Each of the urchins takes their moment to shine in the spotlight vocally, in addition to developing fierce personalities— primarily defined through their animated facial features and raging ‘stink-face’ and ‘side-eye’ expressions. Hammond gets her belted moment during “Skid Row (Downtown)”, and you’d better give Albizo some room as she wails out her solo in “Ya Never Know.” Gage plays mostly with her ferocious facial expressions but holds her own vocally against the other two, proving it by leading the intro for “Finale (Don’t Feed the Plants).” It’s astonishing that just eight people, with the three aforementioned ladies playing the urchins, create such powerful sounds all throughout the production; it’s like they’ve had musical miracle grow or something!

Brain Paul is unlike any Audrey II that you’ve ever seen. But it would be a crime— worse than feeding the plants— if we didn’t talk about how insanely sensual his voice is when undertaking the character. There is a serious seduction secreting from his mellifluous tenor range, easily hypnotic to the point of bewitching all the ears in the house. Hearing iconic numbers like “Feed Me (Git It)” and “Suppertime” in his dizzying and disorienting tenor, which is such a smooth and unexpected sound that you all but melt until you realize it’s attached to a maniacal blood-thirsty flora, is divine, bordering on otherworldly. There is a possessive charisma that Paul effuses into the way he talks, the way he bargains, and naturally the way he sings, making this rendition of Audrey II something wildly unique— in addition to its non-traditional staging.

Creeper and scumbag extraordinaire, Orin Scrivello…DDS (Justin Moe) is nefarious nightmare incarnate. Moe, who must additionally be praised for his Jimmy Stewart and other homage-hack caricature work when playing through various cameo roles in the second act, is disturbingly unhinged in the role as the Nitrous Oxide addicted sadist. Moe’s sensational belting ability is put to task at the end of “Dentist!”; his vocal chops tried and tested once more during “Now (It’s Just the Gas)” where his maniacal laugh oscillates between brilliant and terrifying. The characterization of Orin is intense to say the least and Moe does an exceptional job of throttling him full force into the reality of Skid Row, forcibly insinuating his presence into the lives of Audrey and Seymour.

With a heightened sense of panic and stereotype, Tom Howley transforms Mr. Mushnik into a larger than life entity that rules the stage whenever he steps onto it. With a consistent affectation to his voice, both when speaking and when singing, Howley creates this character with a great many traits— most of which are exaggerated for comedic effect, letting the Mushnik character bear the brunt of the comedic-relief load. Paying proper tribute to Tevye during “Mushnik & Son”, and really maneuvering his body all over the stage with some intensely humorous choreography, everything Howley does in this and other numbers is a barrel of laughs. There’s something delightfully unnamable about the air with which he presents the character, but it speaks volumes toward the way Mr. Mushnik is written into the show.

Suddenly Seymour (Matt Wetzel) is standing beside Audrey (Lindsey Litka) and the pair of perfectly in this show. Wetzel and Litka have phenomenal stage chemistry that makes their interactions priceless and heartwarming. Litka makes the bold choice to against the stereotype of the Audrey character, giving her a rich depth and sensibility that makes her story a tragic one. The way she speaks, despite the affectation— which does serve the character well, implies a great sense of understanding to the character’s many layers, creating so much more than just the bubbleheaded drip with comedic nuance that Audrey is often portrayed as. In addition to the multitudinous layers that Litka unearths with Audrey, her voice is stellar. “Somewhere That’s Green” becomes a tragically beautiful and moving number that just sweeps you away in the hopeful bliss of a dream she realizes will never come true. The emotional attachment Litka provides when singing, grounds the character even further, making her believable, earnest, and sincere.

When Litka and Wetzel team up for “Suddenly, Seymour”, it becomes this spiritually uplifting belt-a-thon where they alternate raising one another up and carrying one another through the duet. Their chemistry, burbling in awkward sweetness up to that point, is marvelous, carrying the adorable commotion through numbers like “Closed For Renovation” and “Call Back in the Morning.” There is a raw compassion shared between them, and it makes all of the little and the big moments that they share truly wondrous to behold.

Wetzel, as the nerdy, botanical boy wonder, is charming and strikingly sincere in the role as well. Much like the Audrey character, the role of Seymour has a tendency to be relegated into the “shtick and funny man” category. The humor comes naturally as Wetzel plays Seymour for truth. Raw in his honesty and sincere in his conviviality, the way he approaches the Audrey and Audrey II situation creates a real story that is worth emotionally investing in as the story goes along. Not shy of voice in the least, Wetzel puts out a powerful sound— even when not really singing during spoken numbers like “Da-Doo”— during “Grow For Me” and all of his counter lines during “The Meek Shall Inherit.” There is a frightening level of remorse and regret painted across his features both here and at the end of “Suppertime”; Wetzel uses his vivaciously animated expression to heighten the emotional experience of his character with great consistency throughout the show.

You may not be able to make it out of town to see The Total Eclipse that’s happening this year, but there’s absolutely no reason to not make it in to see Purple Light Theatre Company’s Little Shop of Horrors. With just six performers (including a pay-what-you-can preview!) you might just find yourself being fed to the plants if you don’t get out and see this show!

Little Shop of Horrors plays August 16th* through August 20th 2017 for SIX PERFORMANCS ONLY with Purple Light Theatre Company in The BBOX Theatre of MICA’s Gateway Building— 1601 W. Mount Royal Avenue just south of the Station North Arts District of Baltimore, MD. Tickets can be purchased at the door- but ADVANCED RESERVATIONS are strongly recommended and can be purchased online.

*The performance of Wednesday August 16 2017 is a Pay-What-You-Can Preview Performance and will likely sell out. Tickets are only available at the door the evening of the show for this performance.

To read the interview with Director Tommy Malek, click here.

Into The Woods at Purple Light Theatre Company
Close