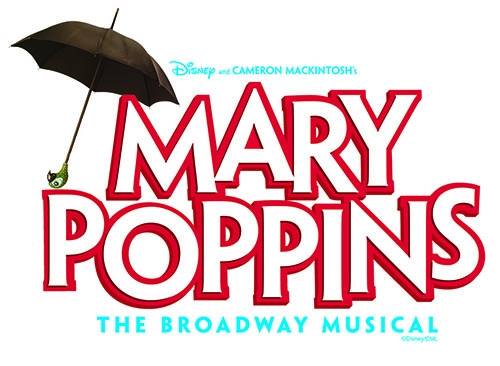 Time to grab your spoon full of sugar and head over to The Phoenix Festival Theater’s latest undertaking, Mary Poppins the Musical. Disney’s magical nanny is at it again and ready to provide a jolly holiday for believers of all ages! Directed and Choreographed by Kim Brueggemann, this production, while exhibiting some welcome bursts of charming energy (mainly during dance routines) overall feels under-speed. I attribute most of the clunkiness to the book of this musical (one I’ve seen now about three or four times), but I do believe some pace adjustment might have helped move the story along.

Much of the movement throughout the show seems rather unmotivated. When dancing is not occurring it has the tendency to stagnate. To be fair, Disney musicals are some of the hardest to stage, as there needs to be a consistent current of bright, cartoon-like energy flowing through the entire show to carry it successfully.

Another major staging issue— and I’m certain some audience members would agree with me— was that more often than not action drifted a little too far downstage on the three-quarter thrust creating an alienating view of what was going on. I have made the mistake before of sitting a little too far house right or left at PFT for previous productions, and if the shows were not blocked with careful consideration, have proven less-than-satisfactory experiences at the theater. Regardless of these missteps, a couple of well-staged standout moments include “Brimstone and Treacle (Parts One and Two)” and “Let’s Fly a Kite,” the latter of which uses the entire theatrical space to thrilling effect.

Any issues I have with the direction of this show are redeemed with the exciting and well-built dance routines. Brueggemann’s choreography is lively, energetic, and rather impressive (“Step in Time” tappers, I’m looking’ at you!). The synchronization of movement in “Supercalifragilisticexpialidocious” and the tap routine of “Step in Time” are at times jaw-dropping and definitely highlights of this production. Musical Director Richard Hauf creates a gloriously harmonious sound across the cast to accompany these adept dances. Not a harmony is out of place and overall the sound is marvelous, musically speaking! The singing is certainly a highpoint and gives the show the boost it needs to help it succeed.

Certain technical elements of this production are practically perfect, while other parts feel unaddressed or in need of some minor repair. First off, the orchestra sounds gorgeous. A live community theatre pit is not always easy to swing, and one that sounds good is even more of a feat. However, due to some balance issues, about a quarter of the time I was left wondering if there was even music playing while the singers trilled their lovely tunes, especially when the proscenium curtain was shut. Actor amplification ran smoothly and was never an issue.

The set, made up mostly of small-to-medium sized set pieces rolling in and out, is well designed by Chuck Bowden and adds just the right amount of background without overpowering or detracting from the story. Set changes are, however, of below average speed— adding, I’m certain, to the energy lag— and hopefully by the second weekend will be a bit tighter and smoother. The sloped backdrop facade of a blue-hued cityscape is lovely, cartoonish without being ridiculous, and fits perfectly into the world of the play. I wondered at the beginning of the show why it was so short, leaving much of the stage’s bare scrim showing behind it. By the end of Act One, however, I realized it probably had something to do with Mary Poppins [well-designed] flying effect. I won’t give it away, but it certainly was one of my favorite tech elements. Lighting Design (also by Bowden) is appropriate and soft, creating some really nice, picturesque moments.

The very best technical element of this production, no question, comes in the form of spectacular costumes. With designer Stella DiPeso at the helm, aided by Susan Doris and Susan Hennegan, there isn’t a stitch out of place and every single person is outfitted from top to bottom with precision and order! Some of the most effective pieces are Neleus’ statue bodysuit which perfectly matches the marble mantle he stands upon, the zany outfits of customers at Mrs. Corry’s Shop, and all of Mary Poppins signature ensembles, from blue frock to white frock to red frock! Kudos to this team for getting every costume absolutely right and bringing in the picture-perfect Disney look to the forefront with style and expertise.

Moving forward to performances, standouts in a cast this large are sometimes hard to swing, but there were a few members of the group who definitely deserve mention. Heather Hildebeidel as the Bird Woman creates superbly gorgeous moments in the show, elegant to behold, even with her character’s raggedy appearance. Her voice is transcendent and clear and, throughout the production, made me wish for three more reprises of “Feed the Birds.” As Mrs. Corry, the zany shopkeeper, Cathy Koncurat delights and amazes, infusing the perfect amount of energetic vim and vigor, without sending her character too far over an unreachable top. Indy Washburn has a great couple turns as Neleus the dancing statue and does a fantastic job impersonating a piece of stone–I almost jumped out of my seat when he started walking and talking! Elizabeth Marion as Mrs. Brill and Adam Nelson as Robertson Ay have terrific chemistry together onstage—perhaps the best between any two individuals in this production— and bring a refreshing dose of well-played character work to the table. Their scenes, while few, stand out as some of the more memorable comedic moments in the production.

Rod Bourn as the precise, orderly sovereign of Cherry Tree Lane, George Banks, gives a commendable performance. Bourn, a man much more compact and less gruff than most of the Banks’ I’ve come to know in my time, handles the part with a certain reverence to the character and his journey through the story. Even with his more-than-occasional musical hiccups, he was able to deliver a sincere performance that had me smiling by the end of the show. Stephanie Atha as Winifred Banks had a bit of trouble connecting with Bourn at times throughout the night, which made their chemistry seem a bit unrealistic. On her own, however, Atha plays the character with an infectious grace and sweetness, making it impossible not to root for her. Her voice has a very unique and beautiful timbre, and musically I only wish she had exhibited a bit more vocal strength, particularly in her “Being Mrs Banks.” Overall, solid performances that support the story and bring these characters gracefully to their happy conclusions.

As the precocious Banks children Jane and Michael, Sofia Bordner and Daniel Koncurat delight and amuse all the way through, from our first introduction to Cherry Tree Lane up to their wistful bye-bye to Mary Poppins. Bordner has an impressive and mature-sounding singing voice and plays the part with a charm of someone well beyond her years. Her take on Jane Banks has just the right amount of sass and snip, keeping the character light and likable. Koncurat kept me smiling through the production, delivering Michael’s smart-alecky wit with skill and humor. As an added bonus, both of these young actors handle their accents very well, as does most everyone in the show who uses one! If there was a Dialect Coach for this production (there doesn’t seem to be one listed in the program), kudos to you!

My absolute favorite character in this production, hands down, is the stern and startling Miss Andrew played deftly by the multi-talented Catherine Washburn. With all the mal-intent and cunning of any great Disney villain, coupled with the sickeningly sarcastic soprano of the Wicked Witch of the West, Washburn brings a wise and welcome vision to this crazy character. The nanny show-down, Andrew vs. Poppins [“Brimstone and Treacle (Part Two)”] is sure to delight, and “Brimstone and Treacle (Part One)” sent shivers down my spine. With one of the more versatile and robust singing voices showcased in this ensemble, I wish there had been more music written for this lady to sing. A brilliant performance!

For every Mary Poppins, there is a Bert. With a full-tilt Cockney accent reminiscent of Me and My Girl’s Robert Lindsay and a cheeky grin which reminds one of a young Mel Brooks, Tyler Zeisloft delights as the show’s chameleonic narrator. A bit less Keatonesque than the part’s originator Dick Van Dyke, Zeisloft brings a more subdued spin to the role, softening the edges yet making the character as meaningful as ever before. Nothing about his Bert feels forced and I think that is why I really enjoyed the performance. On top of this, his voice is strong and well-suited for the material and comes off with all the brightness and boldness one would hope for.

And finally what would this fun, feel-good musical be without the nanny-of-the-year herself, Mary Poppins? With big (and sensible) shoes to fill, Brenda Tackett jumps into the role with grace and poise, not to mention sharp tongue! Bringing all the sassy smartness to the well-known Disney staple that we’ve come to know and love, Tackett also manages to get across the sweetness and magnetism of Poppins that makes her undeniably charming. Her singing is light and lovely; she is easily one of the best actors I’ve seen do the role live, and I was glad to have the opportunity.

Mary Poppins plays through June 19, 2016 at The Phoenix Festival Theatre/LIVE @ Harford CC at the Chesapeake Theatre at Harford Community College Campus— 401 Thomas Run Road in Bel Air, MD. For tickets call the box office at (443) 412-2211 or purchase them online.

Review: Anything Goes at Phoenix Festival Theater at Live! at Harford Community College