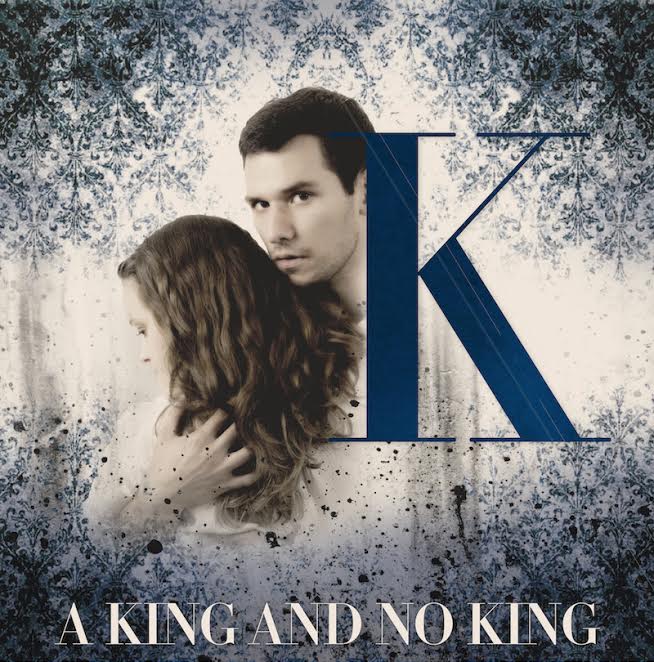 Now is a time to speak, I harken! Can my heart consent to let my tongue throw out such words? Such words as Jacobean Comedy? Quizzically oxymoronic in its nature, the notion that something humorous came out of the era of brutal bloody tragedies often circling like flagrant vultures around things like depravity and incest is preposterous. Until you see A King and No King, appearing now as the lighter half of The Incest Rep at Brave Spirits Theatre. In rep with Tis Pity She’s a Whore— the actual Jacobean incest tragedy— this oddly humorous piece of theatre is not unlike a Shakespearean comedy wherein you chuckle, but mostly wonder what on earth playwrights Francis Beaumont and John Fletcher were— or as the case may be, weren’t— thinking. Directed by Cassie Ash, there’s some stellar performances peppered throughout even if some of the conceptual alignments are a bit askew.

The stage is bare; some red paint upon the floor laid by Set Designer Leia Spolter leaves the theatricality of the show’s locale to Lighting Designer Jason Aufdem-Brinke and the actors themselves. Though it’s a bit unclear from a few of Cassie Ash’s directorial choices as to exactly when in time the show is meant to take place. The sartorial selection, thoughtfully threaded by Costume Designer Adalia Tonneyck, at first appear to be somewhat traditional, not Jacobean per say but hinting at such an era. This appears to be the case until we encounter the scene with the Iberian citizens where modern garb and present-day references, attitudes, and speech patterns affect the performance and overall approach to the show. This disjoints the temporal allocation of the production and gives pause for contemplation as to whether or not a layer of modernity was being glossed onto the performance with great purpose or just to spice things up.

Ash’s casting choices are strong; there are however questions raised about her pronoun usage in cross-gender casting the role of Ligones (Jenna Berk). The issue is not with cross-casting, but rather the inconsistency of address. Multiple times throughout Berk’s scenes as Ligones (as she also plays one of the two Iberian Wives alongside Rebecca Ellis and despite the confusion of the Jersey Shore modernity it’s downright hysterical) she is referred to as Sir and Mother, she and he. If Ash was attempting to make a gender-fluid statement of positivity, it’s muddled. If Ash was trying to make a different choice with inconsistent pronouns, it’s unclear. This is a shame as Berk’s performance in the role is quite strong as well as bitingly humorous.

These hiccups aside, and some general lagging in the show’s overall pacing— though this appears to be largely textual and less do to Ash’s swift ability to move the plot forward— the production is an impressive one, particularly when it comes to some of the stronger personalities being put on display. Briana Manente as Mardonius is one such positive example. Edgy and fully present, particularly in the dense emotional conflicts that arise during her interactions with Arbaces. Versatile in her performance ability, Manente flips easily from humorous to serious in the blink of an eye and makes her character portrayal thoroughly believable as confidant to the king player.

Bacurius (Erik Harrison) is a strolling stumble of tongue-in-cheek interactions, particularly when it comes to the Two Swordsman (Danny Cackley and Lisa Hill-Corley) and of course brave Captain Bessus (Ian Blackwell Rogers.) Playing the witless wonder a la Much Ado’s Dogberry, Rogers is a comical scream, bringing a delightful dose of farcical elements to the forefront of his portrayal. The kick-about scene between Rogers and Harrison— courtesy and compliments of Fight and Blood Director Casey Kaleba— is both authentic and hilarious. Kaleba lends a unique knowledge to this style of punch-n-judy physical violence with Rogers and Harrison running wild with it in their little showdowns. Rogers desires a great many praises for all of his antics throughout the production, even if he does usurp the spotlight from time to time in doing so.

Gobrius (Darren Marquardt) is the go-between when it comes to this and that and the affairs of him and her here and there. Marquardt has a hint of flamboyance to his character portrayal that makes it amusing to watch, though initially this is read as unctuous sleaze lying in wait alongside the deceptive malice exuded from Arane (Rebecca Ellis.) The pair put poker faces of titanium in play when it comes to twisting up the plot, with the former being most invested in things that don’t make sense until the play draws to its natural conclusion.

Sororal bonds form quickly between the delicate Spaconia (Alison Talvacchio) and Panthea (Kathryn Zoerb) despite no actual blood ties being present. Talvacchio is sweet, much like Zoerb and both are similar in their compassionate facial expressions. Throw Tigranes (Gary DuBreuil) and Arbaces (Brendan Edward Kennedy) into the mix and the whole plot is hurrying along to hell in a handbasket. Primary sets of interactions, which actually move through the plot structure as opposed to the sideline shenanigans with Bessus, among this quartet of individuals are quite intense, even when they’re slightly more humorous. Watching the various relationships develop— whether they be appropriate or not (and let’s not spoil it too much here, after all, we know this show is in The Incest Rep)— showcases a variety of passions, most of which are expressed vocally.

DuBreuil and Kennedy spar well verbally and physically with one another; Kennedy leads the charge on most of these interactions and altercations, though DuBreuil holds his own extremely well against him. Watching both of them undergo changes of mind and heart is fascinating as they are fully present and actors with acute senses of awareness to their character arc, overall placement in the plot and general emotional integrity. Kennedy in particular is a stage gem as his overreactions tend to erupt from a deep pit of pathos, really hooking the audience into his character’s angst.

The lighter of the two, though perhaps the less favorable if you’re seeking depravity, A King and No King is a strong and well-developed piece of Jacobean theatre and suited soundly for The Incest Rep.

A King and No King plays in repertory with Tis Pity She’s a Whore  through April 23, 2017 with Brave Spirits Theatre at The Lab at Convergence— 1819 N. Quaker Lane in Alexandria, VA. Tickets are available for purchase at the door or in advance online.

The Duchess of Malfi at Brave Spirits Theatre