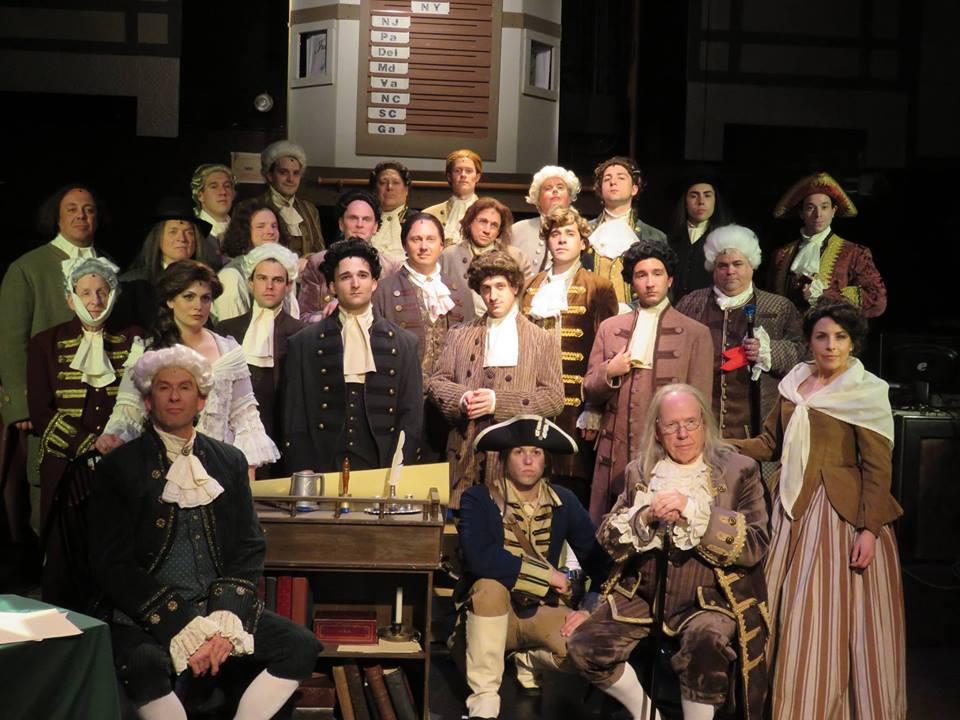 Crossing the line from nay to yea in the vote for independence is more than just having Congressional Custodian Andrew McNair slide a tally marker from one side of the board to the other. Continuing on in the interview series Vote Yes: Inside Independence Hall, TheatreBloom investigates the fence-sitting, decision-making members of congress— Samuel Chase of Maryland and Judge James Wilson of Pennsylvania— as played by Toby’s veteran performer Andrew Horn and Toby’s newcomer Scott Harrison,