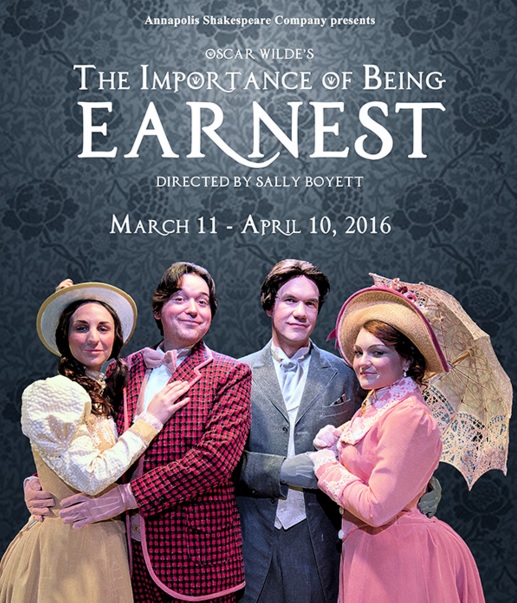 You must be serious about something if you wish to have any fun in life at all, and the thing to be serious about this spring is procuring a ticket to the exceptionally well-performed production of Oscar Wilde’s The Important of Being Earnest. The house is intimate and tickets are likely to be snatched up once word is out at just how resplendent and amusing the current Annapolis Shakespeare Company production is,

This time of year there is one story that always puts me in the holiday spirit and that’s It’s a Wonderful Life. The story of George Bailey giving everything for the people of Bedford Falls only to have everything he has done come crashing around him when Uncle Billy loses the business’s $8,000 while heading to deposit it in the bank— and on Christmas Eve none-the-less! It is because of this moment that George intends to end his life but when Clarence the angel is assigned to help him;

“One man in his time plays many parts,” declares Melancholy Jacques, and that definitely describes Richard Pilcher’s magnificent performance(s) in Annapolis Shakespeare Company‘s production of As You Like It. A mere eight actors pull off four pairs of lovers, two courts of lords, and an array of miscellaneous country bumpkins. Pilcher plays four separate roles, each strong, distinct, and imbued with life. His Jacques is pitch perfect: melancholy without being glum,