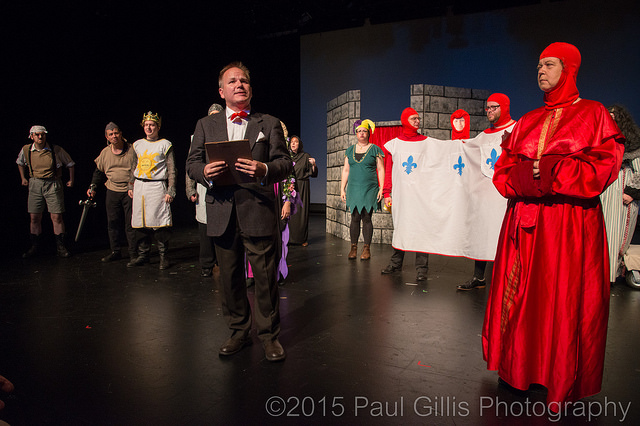 Ne’er so bethump’d with words has this critic found herself when staring down an amalgamation of a Shakespearean remount dipped in Pythonian humor and sprayed liberally with truncation across the Greenbelt Arts Center’s intimate black box stage, than she has in this very moment in attempting to report upon The Life and Death of King John as presented by The Rude Mechanicals. A history most boring upended ass over tea-kettle by Director Alan Duda,

Friends! Romans! Washingtonians! The time has come to take a stand against the inconstant shifting nature of theatre in Washington DC! Hail The Rude Mechanicals and their rebellious production of Shakespeare’s Julius Caesar. Directed by company founder Jaki Demarest, this scandalous production takes the great Roman Empire to 1920’s soviet occupied Russia. Stalin, proletariat, rebellion; all encompassed in Demarest’s revolutionary vision of one of the Bard’s milder tragedies.

With honor in one eye and death in the other, 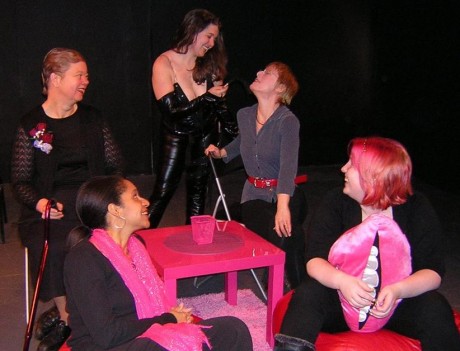 What would your vagina say if it could talk? Mine would say that you need to go see the Rude Mechanicals and their production of Eve Ensler’s The Vagina Monologues at the Greenbelt Art Center. Co-Directed by Lauren Beward and Jaki Demarest, this particular production of the iconic feminist piece is defying the standards of which the original was formed with and setting the benchmark extremely high for all future productions.