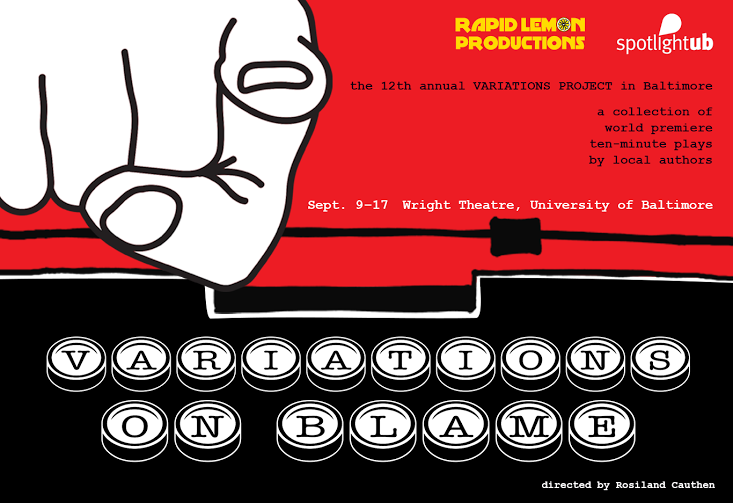 Her heart got broken. The car was totaled. He’s wildly out of control. Who’s to blame? In a world of helicopter parents, disasters beyond our imagination, catastrophe around every corner, isn’t the question always who’s to blame? Appearing on the stages of Baltimore City for its 12th Annual Production the Variations Project, produced by Rapid Lemon Productions, takes up residency for a limited run-performance in the Wright Theatre of the University of Baltimore. 11 short,