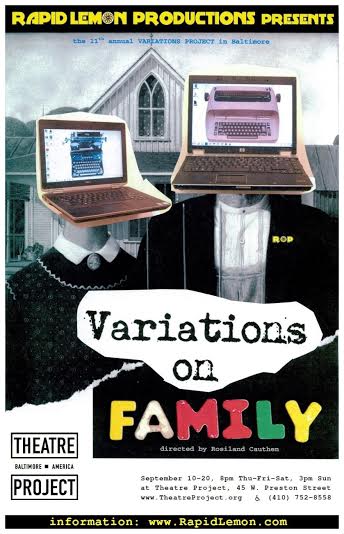 It’s Baltimore’s original 10-minute play festival. Now in its 11th run of production, The Variations Project is taking up residency in 2015 at the Baltimore Theatre Project. Now presented by Rapid Lemon Productions, a theatre company which evolved into the Baltimore Theatre Scene in 2012, the production is going strong and features eight works from local playwrights. This year’s theme: Family. Much like every year that preceded it,