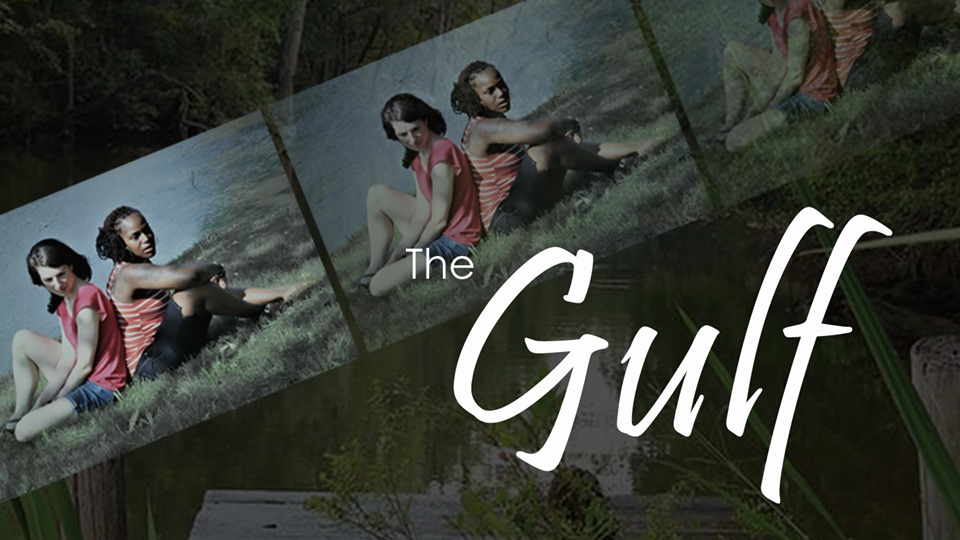 The plot, such as it is, is this: lovers Betty and Kendra spend an evening on a boat. Oh, there is dialogue that references the season (summer), their location (specifically the Alabama Delta, though that’s mentioned less frequently than that they’re somewhere along the Gulf of Mexico), the duration of their relationship (six years, though I had difficulty imaging the characters tolerating each other for that long), their crazy cat-lady neighbor (apparently she’s got 15, though one might be lying dead in a back room), and so on— but essentially this is a play about two people talking on a boat. And while that’s not necessarily a recipe for a tedious production, it does mean that everyone involved had significant hurdles to overcome.

So it’s fortunate, then, that the crew is largely up to the task. Dan Remmer’s set is decidedly simple— it consists only of a blue motorboat in the center of the black box theater— and yet it is somehow perfect for this type of production. The color of the boat, in addition to being fairly attractive, brings to mind the surrounding water, yet the absence of anything else serves to isolate and intensify the focus on the two characters. Even the configuration of the theater serves the play well: the tiered seating means that, notwithstanding those sitting in the first row, the audience is looking down on the characters from an elevated position. It’s not an uncommon seating arrangement, of course, but somehow it feels especially apropos for this production. The additional contributions to the scene— the stage lights dim later in the play to indicate the setting sun; appropriate sound effects attend various happenings both seen and unseen— further serve to suggest the environment while retaining the focus on the actors, so the work of Peter Caress and Reid May, respectively the lighting and sound directors, also merit praise. (Doubtless Don Slater and Aimee Thibert, the assistant lighting and sound designers, respectively, are instrumental here as well.) And though the costumes, also handled by Ettman, are fairly plain, this is fitting for the setting and the characters.

But as this is essentially a play about two characters talking— and for 90 minutes straight without the brief reprieve of intermission— the lion’s share of the work falls to the actors tasked with bringing those two characters to life. And here it’s difficult to find fault with the performances of Anna Fagan (Betty) and Jasmine Brooks (Kendra). On the contrary: even down to their affected accents and contrasting mannerisms, both actors do a thoroughly impressive job of presenting believable characters and performing a prolonged dialogue that, though scripted, really does seem like a conversation playing out in real time. There is undeniable talent, skill, and effort evident in the banter between Fagan and Brooks, and I imagine that audience members who see themselves in the characters— or find the characters particularly similar to persons they know and like— will find The Gulf a delightful experience. Multiple comments from the characters were met with audience laughter at the show I attended; even I chuckled once or twice in spite of myself.

“As a director,” Ettman writes in the director’s note, “I am inspired by works where the characters are not merely vehicles for telling the story, they ARE the story.” And indeed, in The Gulf, there’s no denying that Betty and Kendra are the story here, because Betty and Kendra are basically all that we have. Caveat spectator: Betty and Kendra are very simple folk. Granted, they’re well-written simple folk— people like this absolutely exist, and they absolutely have hopes and dreams and feelings and personalities worth examining in art— but more highbrow theatre-goers might find spending 90 minutes straight with Betty and Kendra to be something of an endurance test. (With her constant yammering on about town gossip and fortune-cookie insights and the big ambitions she formulated after filling out a questionnaire in a self-help book, I found Betty especially grating.) And while toward the end of play there’s somewhat more compelling drama between the two, I’ve never been particularly keen on the American pastime that is watching vapid people argue and fight. Your mileage, however, may vary.

The Gulf plays through October 6, 2019 with Peter’s Alley Theatre Productions at The Writer’s Center— 4508 Walsh Street in Bethesda, MD. Tickets are available at the door or with advanced purchase online.

Review: The Gulf at Signature Theatre