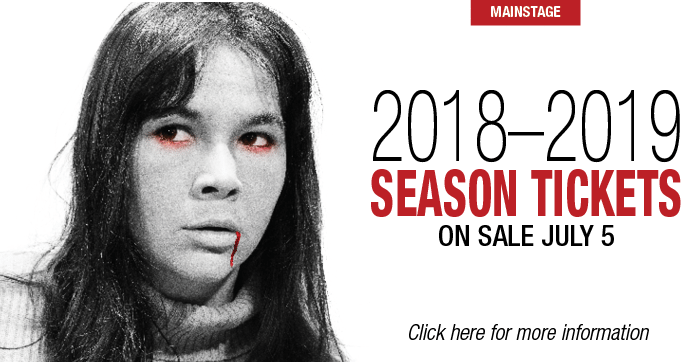 They are not throwing away their shot! Maryland Ensemble Theatre may not be producing Hamilton for their 2018/2019 season (though they are raffling off a pair of tickets to see the highly sought-after show through August 4, 2018— click here to not throw away your shot!) but they are certainly bringing a fantastical new line-up to their stage for the coming season. With three regional premieres and a little something for everybody from classics to new and edgy, this season at The MET will keep you right on the edge of your seats!

Announced at a Season Launch Party on Tuesday June 12, 2018, Artistic Director Tad Janes and a great many company members of the Maryland Ensemble Theatre gathered together out on the patio deck space of VOLT, a local restaurant in historic downtown Frederick, to share their upcoming 2018/2019 plans for the main stage. With a wide range of shows, including three regional premiers, the upcoming season is appealing to audiences of all varieties. Janes, played master of ceremonies once the announcement got underway, introducing each of the shows by name and playwright. In introducing the first show of the upcoming season, Hand to God by Robert Askins, Janes quoted the New York Daily News, which called the show “…ridiculously raunchy, irreverent and funny.” Janes then said, “Hey, irreverent and funny— we built this place [The MET] on that!” After this introduction, various company members were brought up to the stage and read snippets of scenes from the production to entice the audience. This teaser-style preview followed each show’s introductory announcement, giving everyone in attendance a full sneak-peak at what to expect from the six show season in 2018/2019. 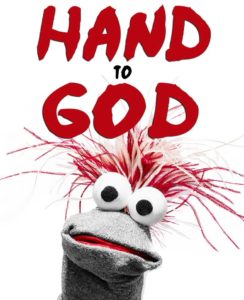 Hand to God, is just the first of six new shows never previously performed by the MET to appear on their Main Stage this season. The remainder of the season lineup holds much anticipation and excitement for audience members and MET company members alike.  Let The Right One In is a coming-of-age vampire myth with edgy thrills and spooky edges written by Jack Thorne, adapted from the award-winning novel and film of the same title. The holiday offering, Who’s Holiday, by Matthew Lombardo, is a “…raunchy riff on Dr. Seuss’ yuletide tale…” (Elisabeth Vincentelli, New York Times) which has just concluded it’s off-Broadway run. The 2019 half of the season includes D.W. Gregory’s Radium Girls, based on the tragic true story of the women working for the U.S. Radium Corporation in 1926, as well as the Sam Shepard classic Curse of the Starving Class. The 2018/2019 season concludes with Kate Hamill’s zany and wild adaptation of Jane Austen’s Pride & Prejudice.

TheatreBloom took time during the launch party and celebration to find a great many of the Maryland Ensemble Theatre company members and talk with them about the upcoming season as well as what it’s like to be a company member with the MET. First in line was company member Lia Seltzer, whose been an official company member since 2010 and was there with her husband Tim, also a company member, and children Ysa and Wilson, who have both appeared in various productions at MET, with Wilson most recently appearing in last season’s production of A Christmas Story. When asked what it was Lia loved best about being a MET Company member, she said the following:

“I love being a MET Company member because of the comradery. We have a ton of artists who trust each other all working together to support one another. We know where to go when we need to get something done. We’re one big family; it’s nice to count on your family to get done what you need to get done. Now, we fight like mad dogs, but that just makes me love it all the more.” Seltzer, who loves having her whole family involved with MET, is a proud company member, and like her husband, plans to audition for several of the shows upcoming in the 2018/2019 season.

Before he took to the stage, we were able to flag down Artistic Director Tad Janes as well, who over the last few months had been serving as the company’s interim Managing Director as the MET worked to transition Kathryn Vicere into the role. Janes, thrilled with both the new addition of Vicere into the MET Family as well as the upcoming season was pleased as punch to tell us why he’s so excited for this new season. “We have a very diverse offering this season,” said Janes. “We’re featuring a lot of shows that haven’t been seen in this area. We’re doing a piece in the fall that’s really interesting! We’ve got maybe three regional premieres in the mix.” He went on to talk about each of the shows at length in a very quick fashion and concluded with saying, “We [The MET] like having a good mix of what we find weird and interesting along with ‘bigger name’ shows that will appeal to the masses. We have a real great selection this season; there’s something for everyone.” Janes is one of the original founders of the Maryland Ensemble Theatre and pre-dates its current existence with his involvement of its inception.

Other company members were quick and to the point about what was so thrillifying inside the 2018/2019 season or what it was that they loved the most about being a company member. Company member Rona Mensah, who has been with the company as a member since 1997, said she is thrilled for this season because, “…it has so many different elements! There’s comedy! There’s drama! There are surprises that I don’t want to talk about! But it has everything!” While company member Matt Lee (an official member since 2011) said that the thing he loved most about the MET in general and being a company member was their education program. “I love that we get to inspire the next generation,” he said, while speaking with and about one of this year’s interns.

The MET, as an ever-growing and ever-flourishing company had two of its newest members present at the season launch party as well. Both JD Sivert and Jennifer Pagano became official company members in February of this year (2018) and were thrilled to be taking part in the festivities. Pagano, though only just becoming an official member four months ago has been around with the MET involved with their improv troupe The Comedy Pigs and involved with the MET Fun Company shows. “It’s great having a home base, which is what you get when you’re a company member. If I want to try my hand at costuming a show or I want to audition to perform in a show I can do that. I get to be involved and I get to be a part of the family,” she said when asked about what it was like to be an official company member.

Not all of the company members present were on-stage performing members, and getting to hear about the exciting new season from those folks who choose to operate behind the scenes was equally interesting. Technical Director Cody Gilliam, who is an official company member as of 2017, said he was so excited for this upcoming season because, “…of the wide variety of shows we’re doing this season. We have so many exciting, fun shows this year. I think this season has a lot of bigger and bolder opportunities for humor, it’s more obvious humor compared to the more subdued selection from last season.” 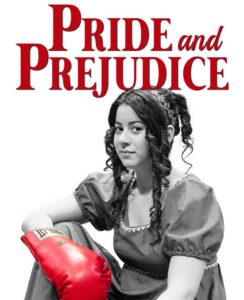 Lighting Designer Tabetha White, who has been an official company member since 2015, said “…this season is super-dooper exciting! Can I tell you about one show in particular that I’m really excited about? Because I’m super-dooper excited about Pride & Prejudice. It’s a really unique adaptation {by Kate Hamill} and I am so excited that we get to do it! I’m really looking forward to getting to work on this show.”

Other company members too had show-specific reasons to be over-the-moon about the new season, including Katie Rattigan, a company member since 2014. When asked what she loved about the upcoming season she said, “All of it! I know that sounds cliché but there is actually something in here for everyone. And I’m so stoked that we’re reviving GoreForce5— [the technical special effects team of five individuals who worked on all of the bloody special effects of the 2014 production of The Lieutenant of Inishmore]— for this Let The Right One In! This time around it’ll include me and Doug Grove.” The MET production of Let The Right One In is the Baltimore-Washington DC area premiere of the play and according to Rattigan, they’ve got some challenges ahead of them. “I’m so stoked for that show because it’s going to preset some reach technical challenges. I mean, at one point, somebody bleeds from every single pore in their body. So we get to figure out how to make that happen. And that’s really exciting!” she said when asked to explain what about it had her so pumped up.

Company member Caitlyn Joy, a member since 2010, said that the season is so exciting because, “…we’re taking bigger risks technically. We’re doing that and still bringing classics to the stage, like Sam Shepard’s Curse of the Starving Class.” Like most, Joy agreed that the 2018/2019 season at the MET has something for people of all ages. She went on to say that, “As a company we’re getting braver with what we feel comfortable doing on stage both technically and emotionally.” 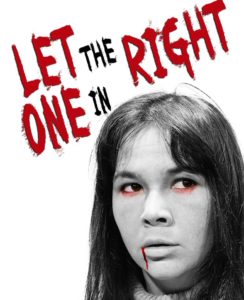 All across the evening the overall sentiment was that of excitement. With so many new thrilling opportunities how could it not be, but perhaps the most resounding and unanimous feeling that echoed through all of the company members of The Maryland Ensemble Theatre was that of its feeling of family and unity. Company member Kari Cole, a recent inductee from 2017, said that even though she had only just become a company member the year prior she had been with MET since she was six. “I feel like everyone at the MET helped raise me. They’re my family. It feels so natural to be doing what I love with my family,” she said. Like everyone, Cole too was excited for the upcoming season. “There are so many reasons to be excited about this season!” she said with an enormous grin when asked. “Personally, I can’t wait for Let the Right One In because it’s spooky and I’m all about spooky! There are just so many possibilities for so many great things this season. It’s going to present so many challenges and be so much fun, so I just can’t wait to see how we handle all of that.”

A Christmas Story at The Maryland Ensemble Theatre