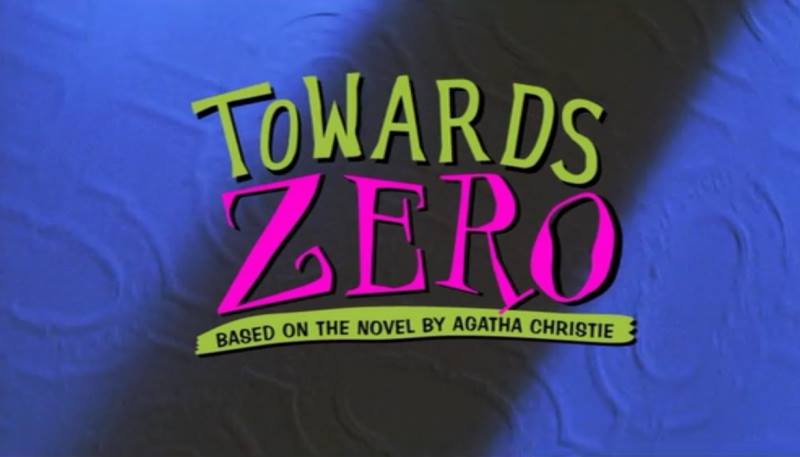 There’s a suggestion of gunpowder in the air, one small spark might set off an explosion upstairs in the Theatre Building this season at Cockpit in Court as they present what is quickly becoming an annual tradition of murder mystery on their stage. Agatha Christie’s Towards Zero is the latest play to fall victim to this yearly tradition and although there’s nary a gun in the show (not even so much as mentioned!), the production is certainly shooting high in regards to performance. Directed by Joey Hellman, this curious gem from the Christie collection will have you guessing straight through to the end! 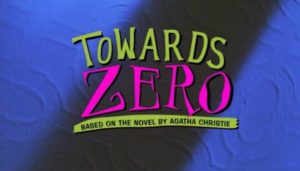 Taking a leaf from old Treves’ book, we’ll start in the right and proper place by commending Director Joey Hellman for his mad keen editing of Christie’s work. Paring the play down to its critical essence, rather than stretching it out over its painstaking entirety, Hellman constructs a version of the work that is sure to keep the audience engaged with the story. That said, the pacing needs a bit of tightening in order for Hellman’s brilliant rendering to really stick. The scenic shifts themselves, few that they are, happen quite quickly; it’s the actual action of the play— particularly dialogue exchanges during the interrogation with Superintendent Battle (Thomas C. Hessenauer)— that drags and falls out of sync with its urgency. The course of the run will determine whether or not the mystery of the poor pacing will be solved.

Hellman does an exceptional job of coaching the cast on how to sound British, to varying degrees, and keeping them delivering their lines in a fashion which feels appropriate for the period. Though no official time is listed for the show’s setting, one can safely deduce— given a basic working knowledge of Agatha Christie novels and plays as well as the tasteful décor and stylish costumes— that we’ve landed in the late 1950’s or early 1960’s. Hellman incorporates the essence of that era into the production without locking the show there. This creates a timelessness to the piece without throttling it directly into modern day.

Costume Designer Eva Grove creates reaffirming echoes of Hellman’s approach to the era with her period-inspired couture. While not exacting to the fashions of those decades (though only a stickler for period-perfection would even notice let alone take issue with it), Grove’s sartorial selections are simply smashing, particularly when it comes to the tennis togs from the top of the show seen on Neville and Kay. It’s the delightful dresses— in various shades and patterns— all cinched at the waist with wide-strapped accent belts for the two classy ladies and the rather stuffy vest and trousers seen on Thomas Royde that heighten the principal character traits of these murder mystery stereotypes, a fact which Grove calls subtle attention to in her fashionable design work.

A nifty little nod to Sherlock comes in during one of the scenic changeovers as Sound Designer James Lefter uses the show’s theme music to spice up the blackout while paying homage to the great detective who came before the Agatha Christie era and still maintains intrigue among popular culture today. Lefter should also be praised for his rather authentic sounding thunder storm, though his vocal dubbing of the final scene— spoilers— needs to be cleaner.

The swarthy and enigmatic Ted Latimer (Andrew Wilkin), interloper that he is, doles out the charismatic charm as if he’s made of the stuff. Wilkin’s portrayal of Latimer, who is likely intended to be a supporting character in Christie’s version of the story, runs away with the show. Cheeky, cunning, and threaded together with mysterious intentions, Wilkin has the audience hanging on his every word making him simultaneously the perfect suspect and the perfect innocent all in one go. Much like ol’ Treves (John Rowe), this supporting role dazzles in a way that is most surprising. Rowe, who has a much subtler but still present air of cheekiness about his character, is quite the instrument when it comes to deductions, even if they are only about everyone else present in the scene.

While Neville Strange (Randy Dalmas) may appear milquetoast for the majority of the show, Dalmas finds little moments to enliven the rather boring character. At the height of his emotional outbursts when attempting to defend— spoilers— he makes a stupendous show of barking about until he’s red in the face from doing so. Kelly Rardon as the sweet and simple dogsbody of Lady Tressilian (Suzanne Young)’s house, is a lovely addition to the supporting cast as well. Rardon’s critical moment of importance as Mary comes as a striking revelation of details witnessed, though the way in which she carries her character throughout the performance is cause for suspicion nonetheless.

You wouldn’t know Thomas Royde (Christopher D. Cahill) without his pipe. Cahill, who carries off the most remarkable of British accents in the piece, is a stalwart and rather fusty old chap, the epitome of stuff English fellows whose emotional range never exceeds that of a teaspoon. Chewing and puffing on his pipe as if it were a bodily extension of his person, Cahill is the most present-minded performer in the production. Often silent, or merely observing, there’s something rather intriguing about his Sherlockian manner of simply existing in a space without saying anything. Though when he does speak, his clipped and swift delivery are responsible for a healthy dose of good wry English wit.

Quite the beastly creature is Kay Strange (Kristin Miller) though that does tend to happen when holidaying with one’s current husband and one’s current husband’s ex-wife, Audrey Strange (Stephanie Horvath.) Like night and day, Jekyll and Hyde, or more aptly Elphaba and Glinda, the pair of principal females could not be more starkly different if they tried. Horvath is calculatingly cool, far too composed for her own good, and finds a way of keeping a calm and composed demeanor even in the most trying of situations. Positively genius at understating her presence, Horvath is the polar opposite by comparison to the shrill and ghastly thing that Miller portrays.

Prone to volatile histrionics, Miller’s character is all fuss and muss when it comes to just about everything. Embroiled in a stew of her own theatricality, Miller’s portrayal of Kay is spot on, which (as Christie intends) makes the character completely and utterly unbearable. Whining, pouting, shouting, and shrieking, all of these perpetually unpleasant tendencies are carried out with obnoxious vigor by Miller and quite consistently to boot! Her performance is brilliant, especially when her character is forced into an awkward four-way situation with Neville, Audrey, and Latimer.

There’s no use conjecturing, mind you, about who done it, or who kicks it. The mystery will be solved when you deign to spend an evening (or a Sunday afternoon) with Cockpit in Court’s annual murder mystery affair upstairs on the cabaret stage. Be sure to catch Toward Zero before the show’s zero hour is upon you and much like the victim, for you it will be too late!

Towards Zero plays through June 26, 2016 at Cockpit in Court— on the cabaret stage upstairs in the Theatre Building of the Community College of Baltimore County Essex Campus located at 7201 Rossville Boulevard in Rosedale, MD. For tickets please call the box office at (443) 840-2787 or purchase them online.

Review: The Gazebo at Cockpit in Court

Review: Don’t Drink the Water at Cockpit in Court