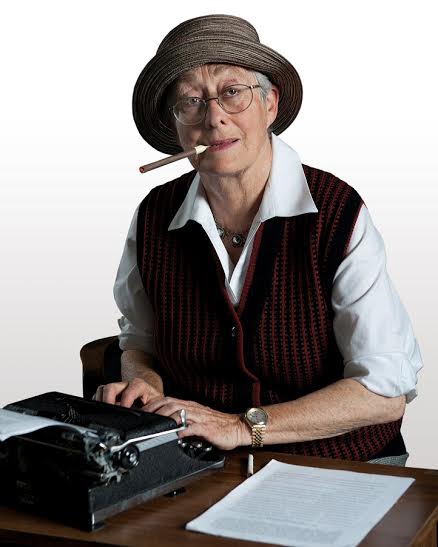 A real lady only gets her name in the paper three times: when she’s born, when she gets married, and when she dies. But what if you’re the wife of the president of the United States? What if you’re the most historically influential First Lady to grace the White House? What if you’re having a secret conflagration of Sapphic passion with a member of the Associated Press? Surely your name will hit the paper a good deal more. Discover the emotionally evocative truth behind one of the nation’s most covert love-scandals with the Baltimore Theatre Project’s current production of Hick: A Love Story. Subtitled The Romance of Lorena Hickok & Eleanor Roosevelt, written by Terry Baum with Pat Bond, presents the truth behind the 2,336 letters written to Lorena Hickok from First Lady Eleanor Roosevelt over a 30-year time spans. Directed by Carolyn Myers, the piece takes actual quotes from the letters, with permission from the Roosevelt Estate, to illustrate the untold story of lesbian love between the two women from 1932 until Roosevelt’s death in 1962.

Playwright Terry Baum does an exceptional job of sifting through the thousands of letters and pulling excerpts that fully capture the essence of the fondness, love, and racy temperature and flavor of the relationship between Eleanor and Hick. They are sprinkled throughout liberally, but held in impeccable balance against narrative action that blends hard fact with romanticized fiction. The choice to use a recorded voiceover (read by Paula Barish) as Eleanor Roosevelt, when the letters are being read aloud, whether it is Baum’s or Director Carolyn Myers, is an unfortunate one as it detracts from the simplicity and intended authenticity of the performance. The show would stand more readily on its principles if Baum, who plays Lorena Hickok in this one-woman performance, would simply affect a different voice and read the letters as Eleanor. A secondary voice feels intrusive and somewhat out of place, pulling the audience from the otherwise brilliantly crafted reality in which Baum has crafted into the play.

It is often difficult to separate playwright from performer when a one-person show comes to the stage. While Baum does deliver several moments of emotionally charged and vulnerably exposed heartfelt monologues, there are not enough of these moments experienced consistently throughout the performance to carry it soundly. Baum’s biggest difficulty is separating her character of Hick in 1968 from that of Hick in the early years. Although there are subtle energy shifts, there are not strong enough differences to delineate the age difference and the time shift.

Director Carolyn Meyers works with Sound Designer Audrey Howard to really infuse a sense of the past eras into the show. Swanky up-tempo beats transition our scenes from one to the next, but in places Meyers forces beat-transitions between moments of Baum’s delivery into these soundscapes and this reads with a slightly unnatural feel. Baum dancing from one scene to the next also feels out of place as it removes her from the character she is in those scenes, pulls her into this oddly timeless reflective person, and then forces her to scramble back into the next scene. The purpose for this dancing-between scenes is unclear and again jarring to the otherwise strikingly crafted reality of the play’s natural world.

There are some pacing issues, both in Baum’s delivery and Meyers’ overall momentum of the piece. While the production itself comes in at just under 90 minutes, there are moments that feel sluggish and drag out what could be potent emotional scenes, ultimately giving the play the feel of something much longer than the hour and a half which it runs. Baum and Meyers are not without their good points, with Meyers pushing Baum for moments of harrowing emotional confession in certain places, and Baum fully committing to the physicality of the weathered and timeworn Hick at both the beginning and end of the performance, which happens in 1968.

Scenic Designer Vola Ruben takes the cake with her vibrant blue uprights. Three stunning uprights create three distinctive play areas for the performance and Ruben decorates them with the warm and inviting blue print of the letters from Eleanor to Hicks. This symbolic presentation settles delicately into the background but constantly reminds the audience that they are listening to undiscovered history; it also serves as a gentle reminder that the letters were real and that this is more just a fantastical exploration of speculative fiction.

The performance has great potential. The play is well composed. With a different performer it has boundless potential to really express the vision Baum has created in the work and could really extrapolate the hybrid of emotional fantasy and factual reality in a much more concise and believable fashion. Worth investigating for its historic value alone, the show is a unique experience that could be stellar with different casting choices and a slight reworking of how the reading of the letters are handled.