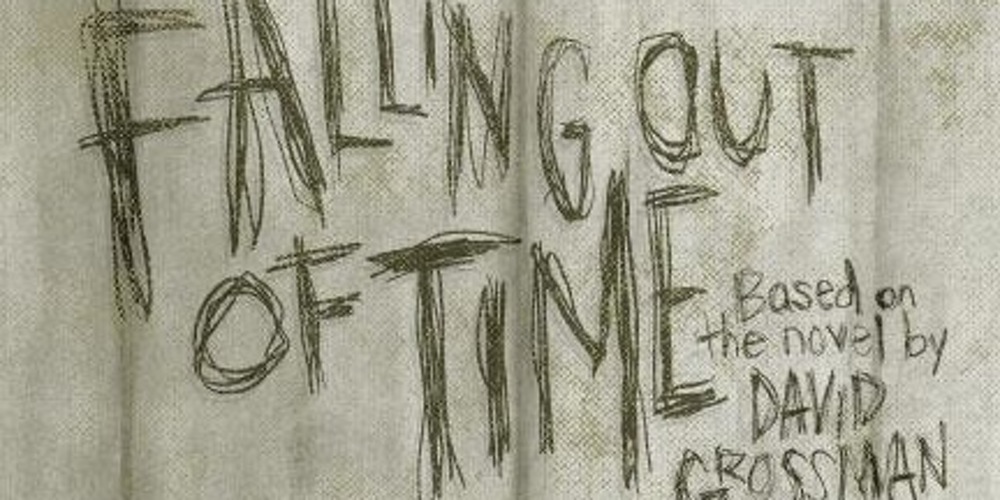 Passing time is painful. So what could be more titillating than other people’s hell when it comes to distracting the mind from its own personal grief? In a powerfully evocative stage adaptation of David Grossman’s novel, Theater J brings Falling Out of Time to the stage as the penultimate production of their 2015/2016 calendar season. Directed and Adapted by Derek Goldman, this strikingly emotional drama hones in on the potent power of grief and its ability to transform the lives of an entire village. Jarring, stirring, and emotionally gripping from the suspended beginning to the serenity of the ending, Falling Out of Time is a must-see this season at Theater J.

Apropos to the title, from the moment audiences enter the space the journey begins. The atmosphere is saturated with a sense of time frozen in place; the setting appears to be a village constructed inside itself yet somehow just one step out of time. The actors are in place, fitted with working class couture, conceptualized by Costume Designer Ivania Stack. They are focused on the subtlest of task-oriented work, fiddling with macramé in a fishing net, or wringing rags in a pale of water; this creates the illusion of still-life portrait in a museum after hours when the lighting just begins to play tricks on your eyes and you think you catch a hint of movement in the subjects.

The actors exist in this pre-show reality like shadows or shades, the shells of characters where all the essence has been scooped out and only the task at hand remains, not unlike that of a ghost or zombie shambling through mindless routines because it is all their memory can retain of a life that once was. This startling and yet strikingly beautiful imagery is juxtaposed against the hauntingly serene wind chime sounds that blow ever so subtly through the background, composed by Sound Designer Eric Shimelonis. This ephemeral musical underscoring, composed as original music by Shimelonis, echoes throughout the performance and augments the surreal nature of the reality in which this village and its inhabitants exist.

Blending into Shimelonis’ moving aural artwork, Lighting Designer Colin K. Bills furthers the show’s evocative aesthetic, particularly toward the end of the production as the villagers encounter what can be interpreted as the destiny of their quest. Bills has a keen understanding of how to infuse mood-evoking lighting into a moment without being heavy handed or trite in the process and his work compliments that of Shimelonis’ divinely. The pair bring an extra layer to the play’s existence, making it both fluid and static at the same time, a truly striking juxtaposition of these opposite states of being that well reflect David Grossman’s overall themes and Derek Goldman’s adaptation of those themes to the stage.

Movement Directors Mark and Emma Jaster bring the essence of time to the forefront of the production in their physical work with the actors. The repetitive task work featured before the show starts and during the introduction of the characters is delivered with such delicacy that it is like watching the seconds of a clock tick backward in slow motion. Team Jaster develops of sense of timelessness inside of these movements and parlays that into the waking world once the characters fall from the village and into the steps of their quest, moving with unending desire to find “there” as they circle through the house in a repetitive yet fascinating fashion. Mark Jaster’s penchant for mime work is experienced with subtle undertones in some of the task work, grounding character traits into actions and movements that really augment the minutia of these people and their lives.

Director and Adaptor Derek Goldman brings all the working components of this production together under his unified vision, which is focused through the lens of a moment frozen in time. Though the approach to grief feels somewhat esoterically focused— specifically to those that have lost a child— there is a broader stroke of loss that threads its way through the performance. The devastation that the loss of a loved one can bring about is echoed consistently throughout the character’s story-encounters with the town Chronicler (Michael Russotto) and these moments are connected by little bursts of emotional energy harnessed together under Goldman’s focus of loss for the grander scheme of the production.

Russotto starts the production on the outside, both physically in the main house and as the reporting figure, and undergoes a transformation as the play progresses onward. Though his character arc and change feels to be the least noticeable of those happening around him, Russotto carries a strong sense of presence about his character throughout the Chronicler’s encounters and maintains objective until the specific turning point in the story where he can no longer remain so. In service of the Duke (John Lescault), Russotto’s character winds his way into other stories while recounting his own in this timeless, lifeless land of loss and grief.

Each of the ensemble players brings a quirky liveliness to the story, despite the static existence their losses has wrought upon them. The Midwife (Nora Achrati) and her husband the Cobbler (Rafael Untalan) bring visceral retellings of their experience to the table, using emotional inflection to guide their voices and cue the audience into the tragedy and trauma of the experience. Joseph Wycoff, who plays ‘Man’, is of a similar nature, expressing his desperation to cling to what has left him through vocal intonation rather than elaborate physical gestures.

The most compelling character featured in the performance is that of the Centaur (Edward Christian.) Salty, coarse, unrefined, and rather vocal but in a bombastically angry fashion, Christian brings a harrowing flavor of reality to the tales which the Chronicler encounters because despite his abrasive nature, there is an earnest vulnerability to his tale. Providing both the darkest gravity and some edgy comedic relief, Christian’s portrayal is striking, heartfelt, and fully invested, particularly given his physical confinement.

A whirlwind of emotions that must be seen to be fully experienced, Falling Out of Time is a piece worth experiencing because it brings a universal relatability to the table for everyone in the human condition of loss and grief. It sheds light on the fact that there will and can be life for the living after the loss of death, and reminds us all of this in a most powerful and evocative fashion.

Review: The Christians at Theater J

Review: Sons of the Prophet at Theater J