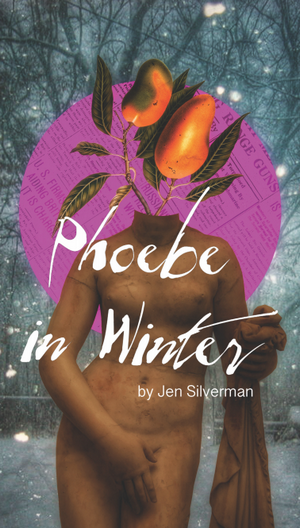 Things must be allowed to occur in their own natural time. In keeping true to that sentiment, the Season 9 opening show at Single Carrot Theatre, a part of the Women’s Voices Theater Festival, moves along in not only its own natural time but its own natural world. A world of chaos and war beyond that of a global perspective, deep in our hearts and homes, Phoebe in Winter brings an evocative examination of the roles we play in our lives, our families, our wars, and how truly upside down the world can be. This world premier work of Jen Silverman’s is debuting under the Direction of Genevieve De Mahy and upends a casual evening at the theatre in favor of a provoking absurdist expedition.

At first a seemingly innocent drawing room drama, largely because of the gloriously fabricated set, Phoebe in Winter lives up to the SCT standards of sparking a mental revolution among preconceived notions. Scenic Designer Jason Randolph concocts a fabulously dated set that is rather breath taking to behold. Director Genevieve De Mahy’s decision to truck the audience in through the front door of the set, allowing them to physically enter the evening through the front door and living room of the world they are about to experience, further immerses theatergoers in Randolph’s creation. The scenic layout itself holds many vast secrets which are mind-blowing once revealed, and the overall multi-tiered structure serves the show exceedingly well given the amount of tumultuous chaos that occurs throughout the performance.

Destabilizing the audience’s rationale of time and space becomes a task furthered by Sound Designer Steven Krigel. Radio broadcasts from a time of war crinkle through the old upright radio in the parlor room, which lends itself to a time in the 40’s. Costume Designer Sarah Kendrick aids in this illusion of early American wartime by returning two of the household sons in sharp brown army uniforms, though the initial color palette of the other costumes seems austerely reserved and almost British. These deliberately solid references to time and space are blown apart by the arrival of Phoebe, who outsteps the established location and era of the show with her rude modern tongue, her present-day threads, and her overall abrupt nature.

Crafting chaos on the stage to further the upheaval that Playwright Jen Silverman has penned into the plot, Lighting Designer Tabetha White works closely with Krigel to explode some truly dynamic effects throughout the performance. Bombastic flashes of light with accompanying echoes of explosive sound serve as an almost tangible representation of the war that seizes the household, the characters’ identities, and the overall thematic approach to Silverman’s work.

Silverman has written an absurdist piece that dabbles into the blurred lines of surrealistic drama. Her writing is not without wit, though errs more on the side of verbal evisceration and does so without flourishes of prose or flowery moments dipped in sentimentality. Her purposeful dismemberment of the family dynamic, wherein each person knows their station and has their place inside a household, is intriguing, albeit perplexing. The messages she sends within the confines of her work are garbled, not necessarily because her writing is unclear but because there are so many of them. 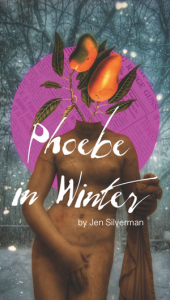 The play serves as a social commentary on war and its aftermath, as well as an introspective look at how to shift the relationship dynamic of a family. These two main themes serve as the show’s foundation, but layered into the mix is a never-ending myriad of topics including— but by no means limited to— obsession, post-traumatic stress disorder, the hierarchy of sibling rivalry, socio-economic placement and shaming, hints of incest and sexual attraction. Silverman’s work also requires a suspension of disbelief in the vein of magical realism, as one of the show’s central conceits is a dead character existing alive as a dead man. The play and its many premises are somewhat difficult to process, swallow, and digest, but do exactly as intended with the unyielding dervish of thoughts that it strikes up in the mind after witnessing it.

De Mahy furthers the chaotic nature of the performance with hyper-actualized portrayals of what could have been stock archetypes— the cherished eldest son, the neutrally cautious middle child, the cowardly youngest child, the unhealthily doting servant and so on. De Mahy forces the focus to the minutia of these characters because their roles shift from person to person within the context of the play. The doting ‘Boggett’ becoming the ambitious youngest son, the revered patriarch being reduced to a withering servant; all of these shifts follow fluidly because of where De Mahy sits the focal points of their initial existences. Despite the plays abstract existence, De Mahy finds a linearity to it that gives it a semblance of normalcy, which is a direct symbolic representation of how members of families often cling to what they know for the sake of stability when chaos breaks down.

Mining the bizarre moments for truth, De Mahy sharply juxtaposes the notion of calm household quiet against bombastic moments of revolution— the core of which occurs right in the living room in various stages throughout the play— the result of which is an aesthetically stimulating experience which forces the mind to clock in overdrive just to keep up with the high-spirited attitudes, constant fluctuations, and overall mayhem that is the show’s main root of grounding.

Performances across the board are compelling. In true Single Carrot nature, the show’s six performers are an ensemble that work together to deliver all of the striking moments penned into the script in the most earnest sense. Everyone has their moment of eye-grabbing attention, everyone delivers a profound segment of speech that defines their displacement in the new world. They work together to create calamity and their efforts are not for naught.

The ring leader and title character of Phoebe (Lauren Erica Jackson) is forced upon the situations, quite literally, with rogue intentions and a brutish nature. Jackson delivers an unwavering confidence in her initial appearances and her tempers never cease to flare when she grows incensed by the shenanigans that take place in the household. Boggett (Lauren A Saunders) serves as the female foil to Jackson’s Phoebe, appearing meager and mild at first but coming into her own bold entity as Jackson’s character regresses into the softer existence of feminism. Saunders’ maniacal breakdown scene in the kitchen is one of the most frightening and simultaneously amusing moments in the production. Both women deliver terrifyingly strong portrayals of their women, particularly Saunders once her character undergoes its initial transformation.

Da Creedy (Richard Goldberg) is stalwart at first in his existence but as his character shifts so does the veneer on his well-composed patriarchal figure. Goldberg is a reactive actor, particularly opposite Jeremiah (Matthew Shea) and Anther (Paul Diem) who play two of the man’s sons. Both Shea and Diem bicker delightfully as brothers, with Diem shying away from his usual loud outbursts and delivering a stellar subtle character in the middle child of Anther. Shea’s portrayal of the eldest son is engaging and burbles with discontentment, a factor worth noting in this seemingly complacent family when the show starts.

Arriving late to the party, Liam (Dustin C.T. Morris) is the youngest son and stands out from the family dynamic for several reasons. Morris’ approach to the character is convivial, and the least spastic of the other characters in the performance. This element of simplicity and longing for a simpler existence, clinging to memory where others force themselves to forget or plow forward into uncertainty, is what makes his character work uniquely different from the others in the show. While not necessarily a stock archetype, Morris delivers Liam with fortitude.

An interesting endeavor into an absurd yet relatable topic, Single Carrot delivers a stunning and thought-provoking season opener. If it serves as any indication for the rest of their ninth season, they are well on their way to sparking the freshly observed revolution of the theatrical variety that they have worked so long and hard to achieve in the Baltimore theatre scene.